How to Charge  Electric Scooter (Step by Step)

Power off the Scooter

Use an Original Charger

If your charger has broken down, avoid the temptation to use a charger from a different brand. You can also avoid a charger from the same brand but for another scooter. Repairing your old charger, or buying a new one, is by far the best choice here. Avoid using any chargers other than an original one. If you must, triple-check that the voltage is the same as the old ones, otherwise you can easily damage your battery.

Charge in a Dry Environment

Ideally, you want to charge your scooter in a dry room, at room temperature. Avoid charging it in extreme temperatures, like colder than 0°C / 32°F or hotter than 45°C / 113°F.

Don’t charge your scooter in the sun under any circumstances!

This can not only damage your scooter’s battery or other electronic parts permanently but may cause the battery to explode and cause harm to you or those around you.

Plug the Charger into the Power Outlet First then Scooter

This is the general rule of thumb, and it’s usually better to plug the charger into the wall first, and then plug it into your scooter. 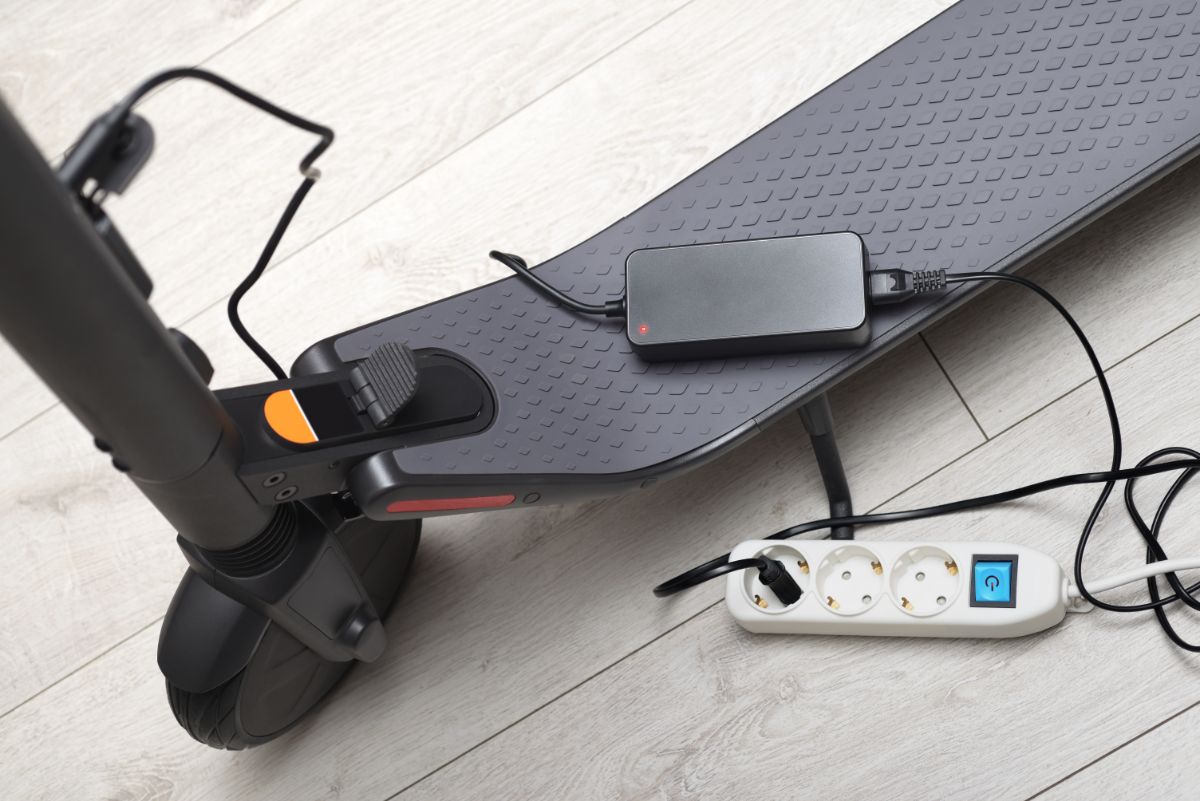 I know that always charging your scooter fully is kind of hard. Often times you will need to use your scooter before it’s fully charged. Still, try and charge your battery to full as often as you can. The reason I recommend fully charging your battery is to reduce the chance of completely draining it. The more times you ride an Electric Scooter with a full battery, the fewer times you will come close to draining it. When your scooter is fully charged, unplug the charger head from the charging port of the scooter first, and then unplug the charger from the power outlet.

The good news here is, many modern electric scooters have protection from overcharging built-in. The best practice remains to unplug your scooter soon after it’s 100% charged. Leaving it plugged in after fully charged for a few minutes will not be so bad, but don’t leave it for too long, even if it has overcharging protection. I recommend figuring out a daily charging pattern. This will depend on your scooter’s charging time. For example, if your scooter takes around 3 hours to charge. Plug it in after getting home from work, and plug it out in the evening. If it takes 8 hours, you can plug it in before you go to bed, let it charge overnight, and plug it out in the morning How Long Does an Electric Scooter Battery Lose

A single charge will typically last for around one hour. The range of factors that influence how long the battery lasts means that one charge can help you to travel different distances. Heavy Rider Weight can place extra demand on the batteries and drain the power more quickly. Environmental Conditions, such as extreme cold or heat, can cause batteries to work harder. Also, power depletes faster when a scooter is used over rough or bumpy terrain.

Range: The majority of these electric scooters offer a range of around 100 km on a single charge, while only a handful offer a nearly 200 km range.