How To Tie Down a Dirt Bike in a Truck

Follow these simple steps to safely load dirt bikes in the truck.

The dirt bike loading process is highly risky but you can minimize the risk with good management. Firstly park your truck in a flat area then unfold the ramp and fix it properly with the tailgate and the ground. The angle between the truck tailgate and the ramp should be between 15 degrees to 25 degrees. Bring your dirt bike in front of the foot of the ramp and tightly hold both ends of the handle from one side and someone from the other side grabs the back and slowly pushes the bike from the back to load it. You also could do this solo but this is riskier to manage the dirt bike. 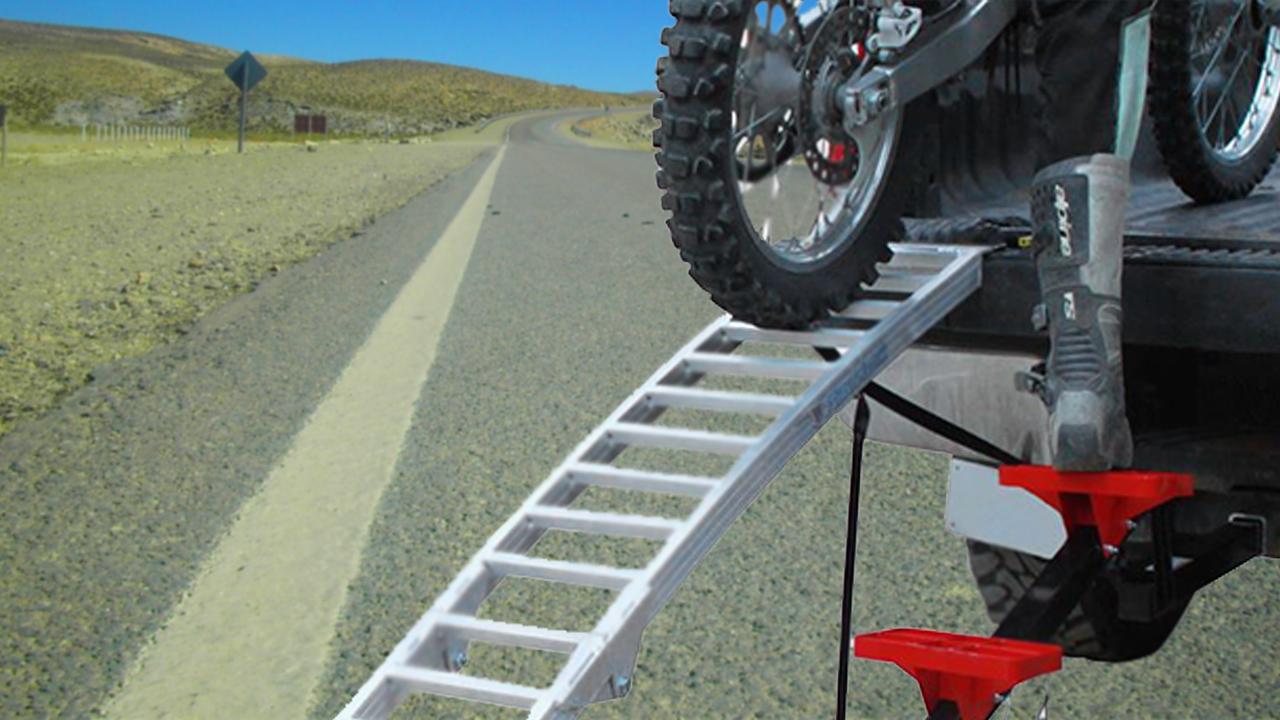 Tie Down Strap with Soft Loops

Once you managed to your dirt bike to load it into the truck bed, the next step comes to secure your or your kids dirt bike. For securing your dirt bike use the tie-down straps. Tightly bind the handle of your dirt bike from both ends with soft loops, and also keep the dirt bike balanced between two sides, also tie down the front tire with straps and soft loops.

A wheel chock is an important tool because a parking brake alone often isn’t enough to keep a vehicle from rolling during a towing job. It’s also important to stabilize tires and vehicles when they’re being transported so they don’t come loose and cause injury. Bracing your dirt bike wheel chock, you can also use bricks if the wheel chock is not available. 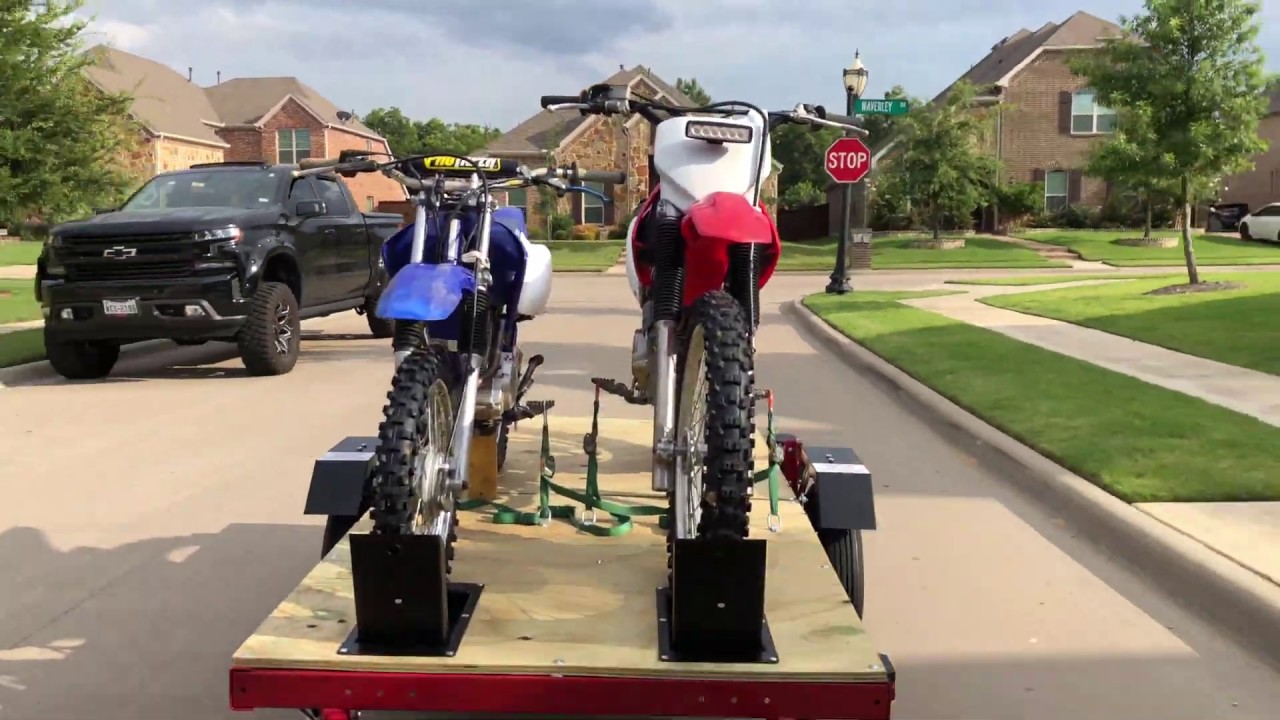 When transporting a dirt bike whether, in a van, trailer, or pick-up truck, the most common way of securing the bike tends to compress the forks when you tie the bike down. Thus you need to support the forks and prevent long-term compression. Allowing any give in the straps and tie-downs means taking a big chance on the bike coming loose and falling over. Therefore, a thorough tie-down completely secures the bike and prevents any movement including the forks which if free, would absorb the movement of the road, including any bumps along the way, just as they should. 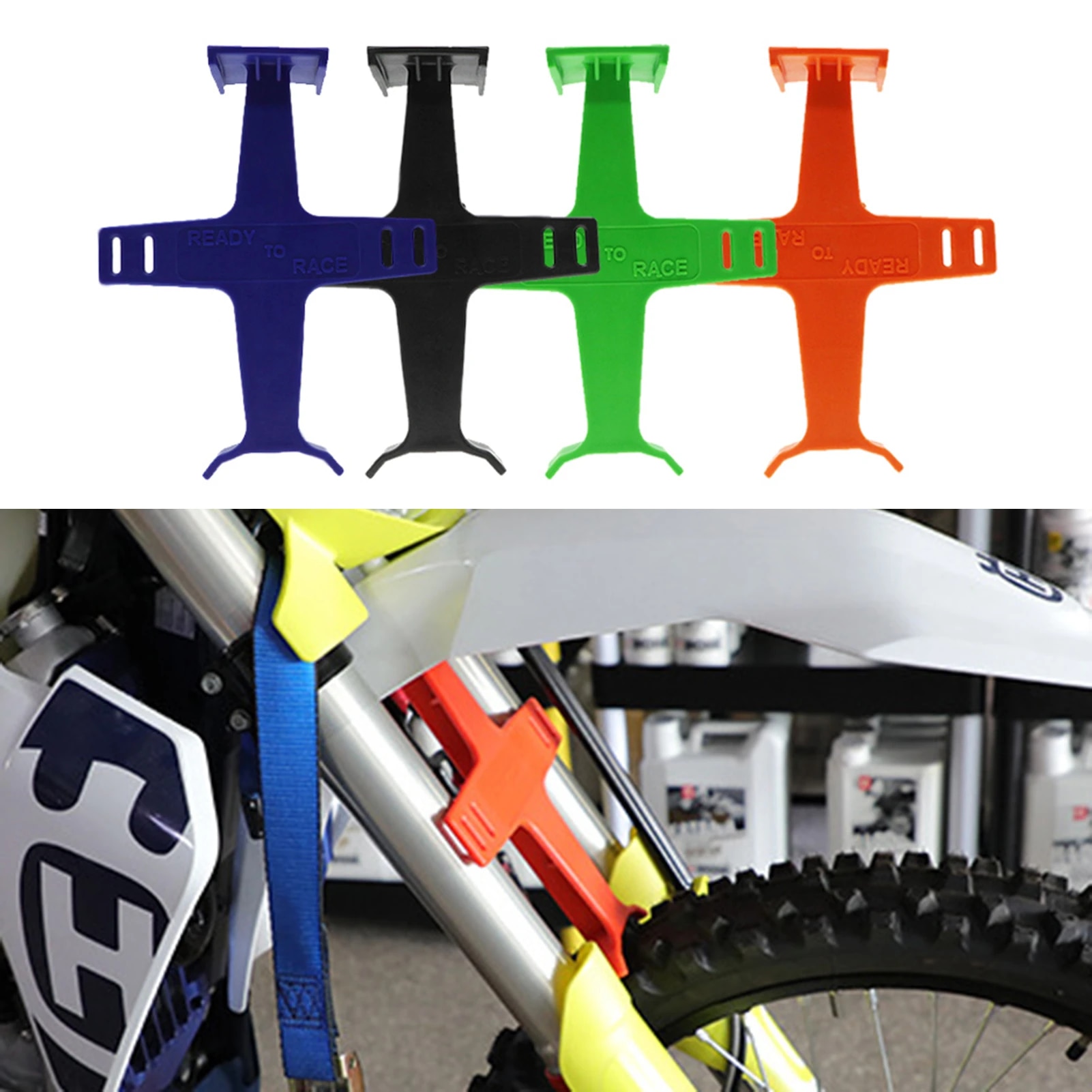